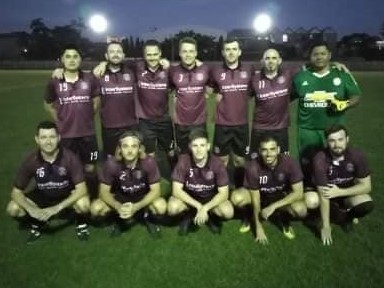 This was the inaugural International Friendly Port Darwin Football Club has ever played, so the team was excited to put in a good showing.

The Wharifes had control of the game early with a ton of possession and created numerous chances in front of goal. The Bali FA goalkeeper pulled off three tremendous saves to keep them in the game. After a brilliant piece of play in the midfield, Port capsulized on a rare Bali FA mistake to take the lead in the 27min. Bali FA got back into the game with some counter-attacks down both wings but the Port defense stood tall. The score going into the first break was 1-0 to The Wharfies.

The second half started very much the same as the first with Port controlling the game and creating numerous opportunities in front of goal. After some great build-up work from the defense Port made it 2-0 in the 59min with a well taken shot. Bali FA pushed player’s forward to get back into the game with a number of near chances going the way of Port. Port didn’t have to wait long to go 3-0 up with a superbly taken volley from the edge of the 6-yard box.

The game was played in the right spirit the game finished 3-0 to the Wharfies. Thank you to Bali Football Academy for the hospitality and we’ll see you again in 2020 #theworldgame #portdarwinfcabroad