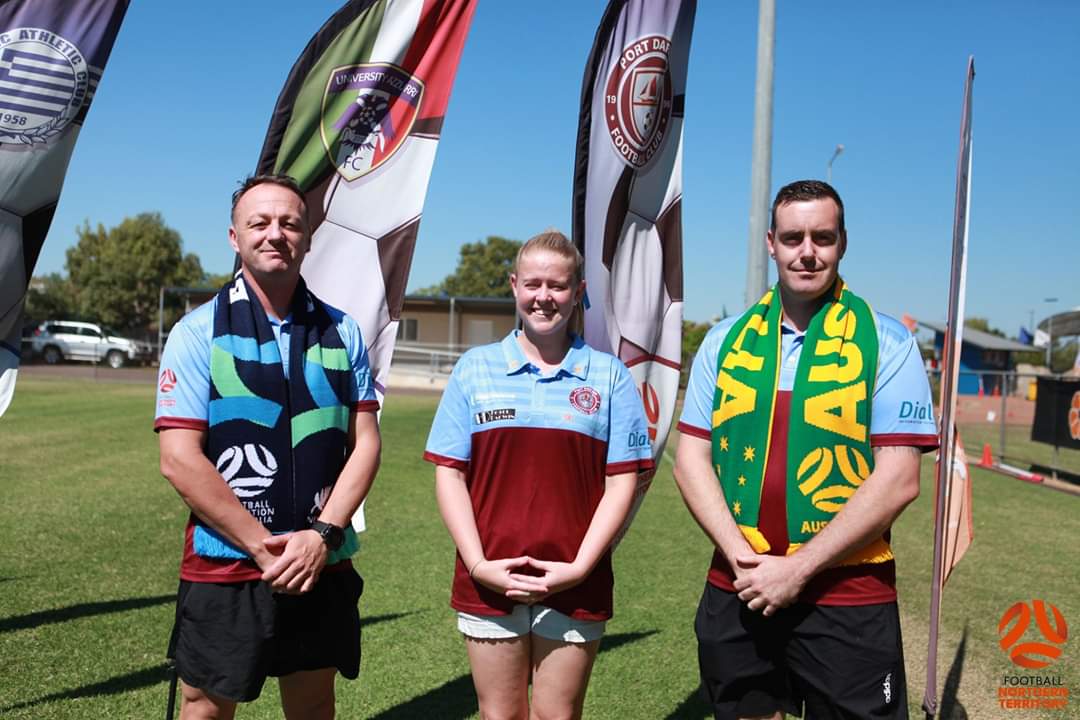 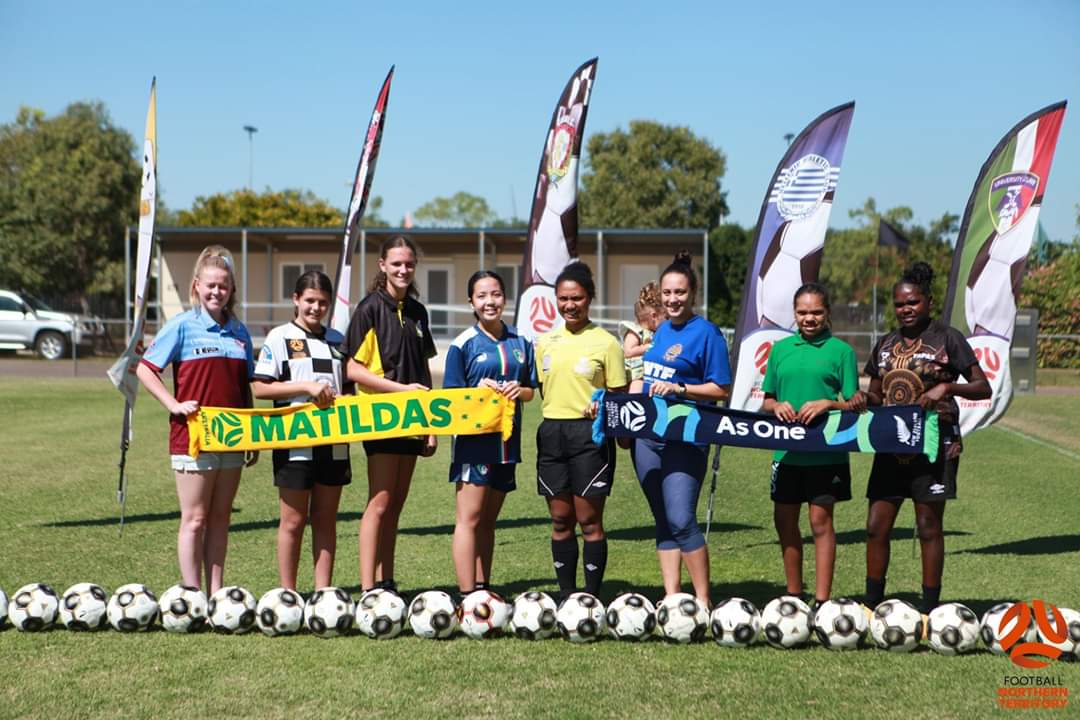 PDFC turned out to support the world cup confirmation

Today seen the confirmation of the womens world cup being held in Australia and New Zealand, a great thing for any Australian or Kiwi to witness.

Today Port Darwin Football club were there to celebrate and show their commitment to the Northern territory football federation in their bid to see a few matches played at the home of NT Football.

Present was a representative of the eomens squad and their coach ste Brockway aswell as club head coach and technical director lee Addison. 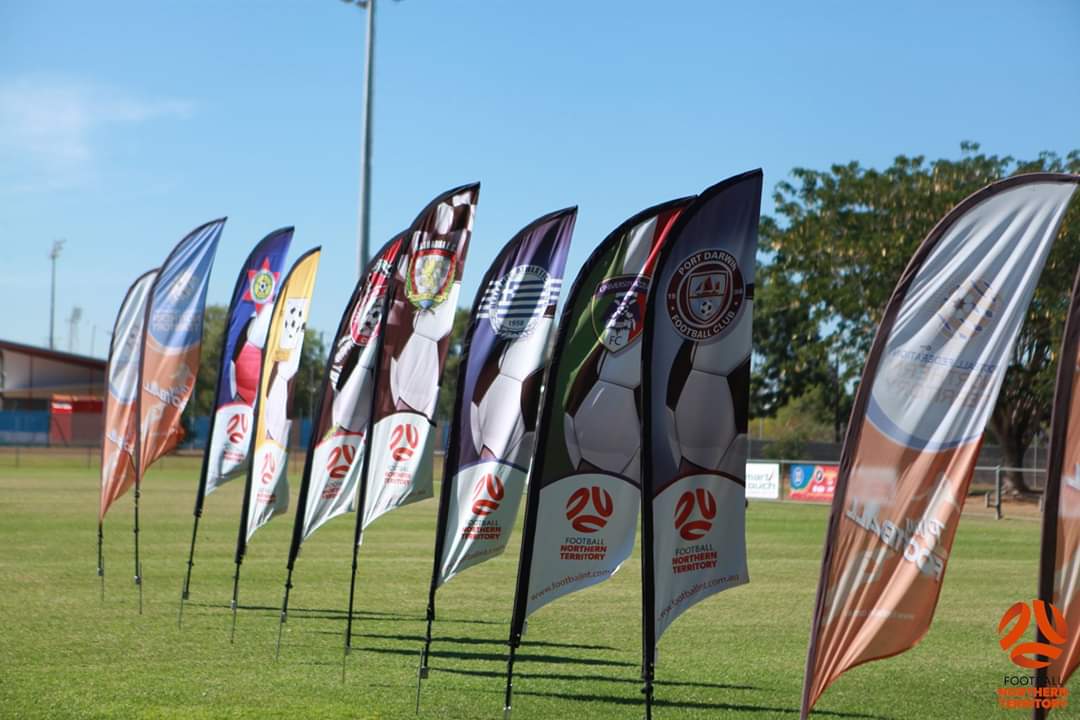