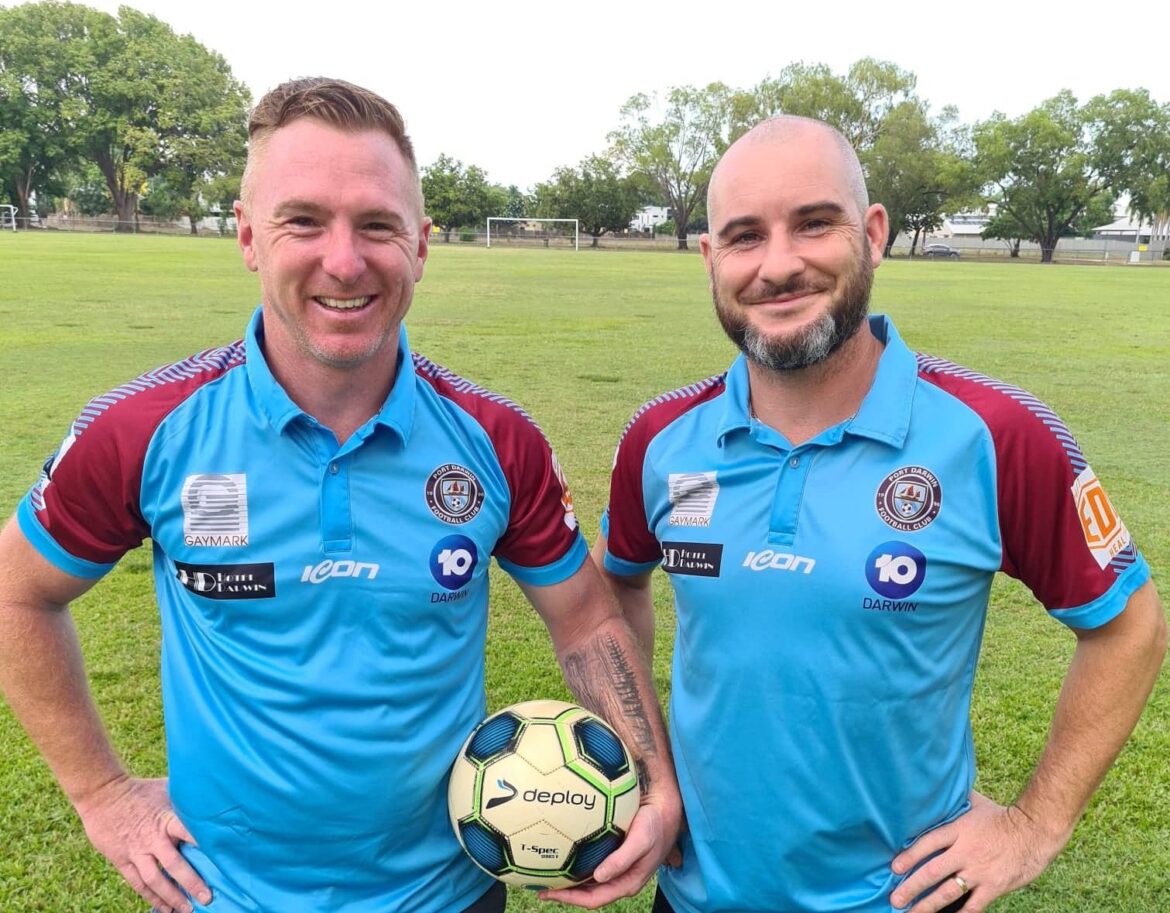 Port Darwin FC are pleased to announce it’s 2023 Men’s Premier League coaching team.
Ryan and Col know the club, the players and share the club’s vision. They are also committed to develop our younger players and continue with the club’s development over the past 2 years.

Ryan Bailey – Head Coach
Ryan has coached at Port for the past 3 years as well as being a key player in the MPL team, his impressive playing career saw him play as a semi-professional for over 12 years in the Northwest of England in the midfield.
Ryan said ‘I’m fully focused on coaching and developing the team, building a solid culture and playing great football, together Colin and I will bring finals to the Port’

Col Habgood- Assistant Head Coach
Col has an impressive playing career, joining the academy for English side Tottenham Hotspur, before moving to Australia in 2009, where is has played for NPL sides in FNQ (Edge Hill FC) + Melbourne (Avondale FC) as a striker.
Col said ‘I will bring passion and commitment to the team and will strive to put Port back to the top. I’m also dedicated to the development of the younger players coming through and will dedicate time to improve their game’